When you book with an account, you will be able to track your payment status, track the confirmation and you can also rate the tour after you finished the tour.
Sign Up
2517

Merlin Entertainment has launched the much-awaited Madame Tussauds in Dubai on 14th October 2021.

It’s time to feel the fame at the GCC’s first Madame Tussauds, located in Dubai! Get up-close and personal with your favourite celebrities and become the star of the show when you step into the attraction which is filled with exciting, interactive experiences. With seven themed rooms, you can step into a Bollywood movie and take a picture with the Badshah of Bollywood, Shahrukh Khan, or make the impossible possible by taking a selfie with the beauty queen herself, Kylie Jenner.

Madame Tussauds Dubai is located on Bluewaters Island, Dubai’s latest vibrant lifestyle destination, and is an attraction that truly represents the fascinating world of glamour, sport, music, entertainment all under one roof.

Expect to be welcomed by some of the world’s greatest leaders and influential figures, on location at some of the world’s greatest sights  as you enter the first room of the attraction; from India’s Taj Mahal to a trip to the Great Wall of China for an unforgettable photo opportunity. Next, travel to London and meet the Queen of England for afternoon tea, before embarking on board Air Force One.

Enter the dynamic world of fashion by making your way down a hall of mirror crystals, step into the bling-tastic mirrored jewellery box room get featured on the cover of a world-renowned fashion magazine, before meeting
British fashion sensation Victoria Beckham and the model of the century Cara Delevingne, plus much more!

Lights, camera, action! Step into the world of Hollywood and feel like a movie star. Explore the different giant film reels around the room to discover different films you can step into and be part of. Join Audrey Hepburn and have a Breakfast in Tiffany’s moment, put on the diamond necklaces and fur
shawls, and feel the glamour. Star alongside Spider Man as you hang off a building high above Dubai, before being part of an epic motorbike chase with Tom Cruise as you join him on the back of his bike.

Become a social media sensation and get those likes and followers up with this diverse area which depicts celebrities from the Middle East of TV, social media, and radio! Get up-close with UAE personality and Virgin radio presenter, Kris Fade and have the chance to take a photo in his studio. Then get your phone ready to take multiple snaps with the social media king Bin Baz, before going to meet Arab Idol presenter, singer and actor Ahmed Fahmi.

Next, make your way into the fascinating world of Bollywood where you’ll be amazed by the spectacular secret garden, full of flowers and colour. Prepare to be in amazed by all the famous Bollywood stars including Amitabh Bachchan, Shah Rukh Khan, Salman Khan, Kareena Kapoor, Ranbir Kapoor, Katrina Kaif and Madhuri Dixit. You can even star in your very own Bollywood music video and show off your best moves with the interactive digital screen.

In the sports room you can discover the ultimate insta-fame experience, from optical illusions to layered 2D graphic backdrops to freeze frame you in the most epic sporting action shots. When entering the sports arena, you are immediately transported into different genres of sport. Step into the ring with Muhammad Ali and pretend to get hit with a knockout punch, before staring down Connor McGregor in the Octagon. Walk onto the football pitch and take a penalty shot alongside football hero’s Lionel Messi and Cristiano Ronaldo – if you score the crowds will cheer for you!

Last but not least, to celebrate your journey through Madame Tussauds Dubai, you will be invited to a very exclusive party! Join the party of the century where only the most famous movie stars and musicians will be seen. In the center of the room is the jewel of the oasis – an interactive dance floor where guests can show off their best moves and pose for some awesome photos. After you admire Miley Cyrus showing off her shimmering wrecking ball, head over and take the selfie of a lifetime with Justin Bieber, Will Smith, Rihanna, Pharrell Williams, Taylor Swift and Justin Timberlake 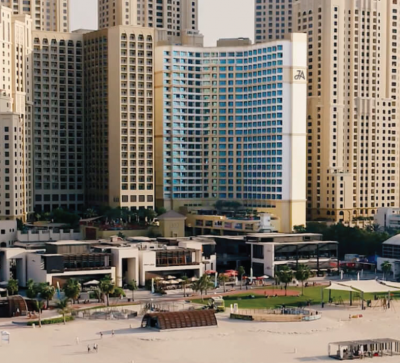